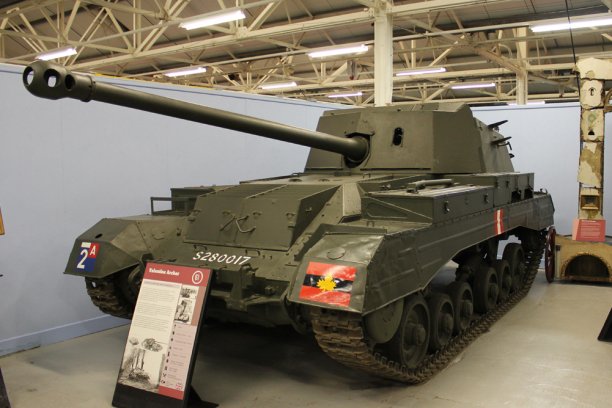 The Archer tank destroyer was created as there was a need to mount a seventeen pounder on an armored vehicle quickly. At the end of 1944, when World War II was coming to a close, the Archer finally entered combat. The 17 pounder weapon was placed on the chassis of the vehicle facing backwards. This gun could take out German tanks very easily, however the armor wasn't anything to write home about. Plus, the top of the vehicle was open, which exposed the crew to German gunfire. It had the same maneuverability as a Valentine tank, thus making it slow, and ending last on our list.
Our Content Protected by Copyscape

The Most Successful Tank Destroyer - Michael...