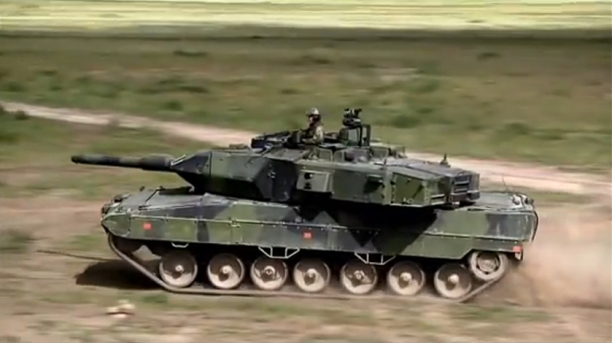 Category: Tanks
The Leopard 2 is a tank which was developed for the German Army in the early '70s by Krauss-Maffei. It was the successor of the Leopard 1 and soon became the German Army's chief battle tank. The Leopard 2 was first put into service in the year 1979. Aside from Germany this tank came into service in 12 countries in Europe and even some non-European nations sought after it, so there is no wonder around 3,480 Leopard 2 tanks were manufactured in total. In the battlefield, the Leopard 2 made its debut when the German Army brought it to the battlefields of Kosovo. The contingents from Canada and Denmark brought their own Leopard 2s in Afghanistan as part of the International Security Assistance Force.

This tank saw two batches of development. The original models (until Leopard 2A4) had a turret armor that was vertically oriented. The improved models or the Leopard 2A5 on the other hand (along with the versions that followed) boasted of a turret appliquÃ© armor that was angled and arrow shaped. Other improvements were made to the newer batches as well. All of these tank versions were equipped with laser range-finders, digital fire control systems, advanced night vision equipment, thermal imaging (later on) as well as coaxial machine gun & fully stabilized main gun. The upgraded sighting equipment is worth mentioning since it made the tank the very first vehicle to utilize an LLLTV or low-light level TV system. This tank was designed to engage any moving target while in motion over rough terrain.
Our Content Protected by Copyscape