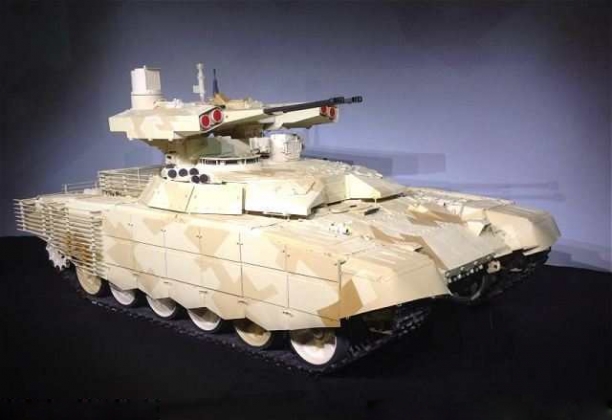 Category: Tanks
The BMPT-72, or Terminator 2, is a new type of tank that is being made to support combat in Russia.

It first came out in September of 2013 in an expo in Russian Nizhny Tagil.

It has a guided shooting system that can take out tanks, infantry, and other objects from far away.

I love it, don't you?
Our Content Protected by Copyscape