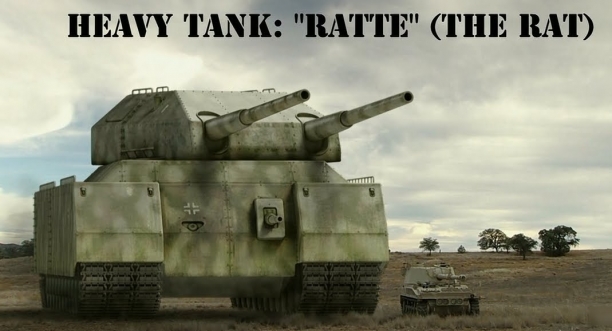 Category: Tanks
The Landkreuzer P. 1000 "Ratte" is a tank which came as an idea in 1942 by the German, Krupp. It was intended to be used during WWII with the agreement of Nazi leader Adolf Hitler. In 1943 the project was trashed by Albert Speer, so the Ratte was never completed. The heaviest tank built was the Panzer VIII Maus but the P-1000 Ratte, at 1000 metric tonnes would have surpassed it if the production were ever continued.
Our Content Protected by Copyscape