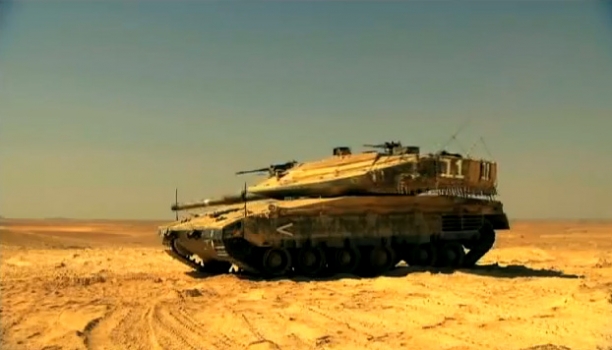 Category: Tanks
The Merkava IV is an Israeli tank that transports soldiers at high speeds, and it's main goal is to keep the men inside alive. The tank has a new way of firing. The armor is removable on all sides, including the top and bottom of the tank.

The Mark IV has a big 120 mm turret and can shoot more types of ammunition than previous models using an electric semi-automatic revolving magazine for ten shots. It also has a much larger machine gun (>12mm) to fight against vehicles.
Our Content Protected by Copyscape