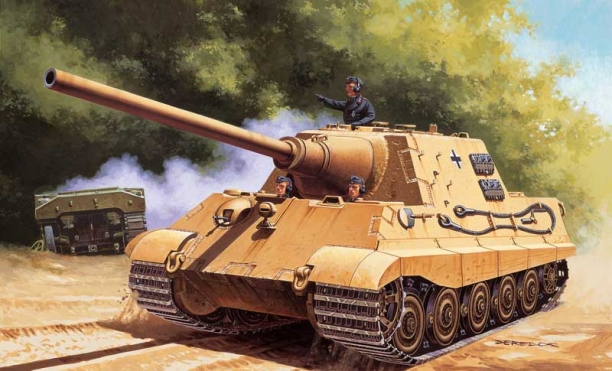 Category: Tanks
Jagdtiger or "Hunting Tiger" was one of the heavy tank destroyers come out of German factories during the Second World War. It was officially named the PanzerjÃ¤ger Tiger Ausf (inventory tag Sd. Kfz. 186) because it was primarily based upon a Tiger II chassis which has been lengthened. This heavy duty tank was superior over any Allied tank and out-ranged them all. Its main gun was a PaK 44 L/55 main gun (128 mm). It was considered by the Axis forces as the heaviest operational armored vehicle utilized in WWII.
Our Content Protected by Copyscape