Jagdpanther In The 'Retreat To The Elbe' By Paul Keefe 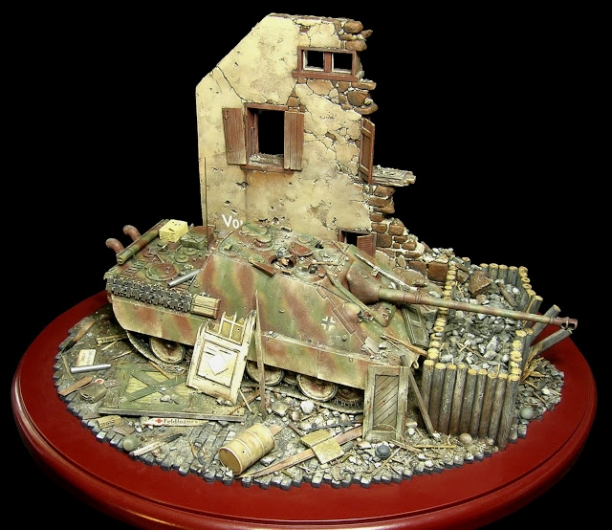 Category: Tanks
The Hunting Panther or Jagdpanther from Germany was designed based on the Panther tank chassis. It was first used in 1944 by the Germans on both European Eastern & Western fronts of WWII. Military historians exalt this tank as one of, if not the best, destroyers of its time. This distinction is largely due to the outstanding suspension of the Panther, the high performance armor, and the highly effective KwK 43 cannon (8.8 cm).
Our Content Protected by Copyscape