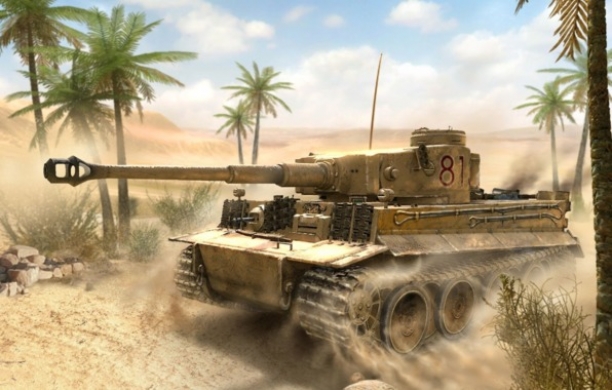 Category: Tanks
This Nazi heavy tank built in 1942 which was used during World War 2 was called Tiger I. The ultimate formal German name was Panzerkampfwagen VI Tiger Ausf.E, oftentimes called Tiger for short. It was a response to a remarkable T-34 and the KV-1 which were part of the Soviet armor during the first months of encounter prior to the invasion of Soviet Union. Tiger was developed to counter and combat Soviet armors.

The design of Tiger I provided The Wehrmacht (refers to the German armed forces of WW II) their first tank mounting the 88 mm gun in its first version called the KwK 36. This gun was the primary weapon of Tiger I. It also showed its high effectiveness both on air and ground targets. The Tiger I was the combat fighting tank used during World War II on all German battlefronts. It was proven to be strong and tough and generally positioned in independent tank battalions.