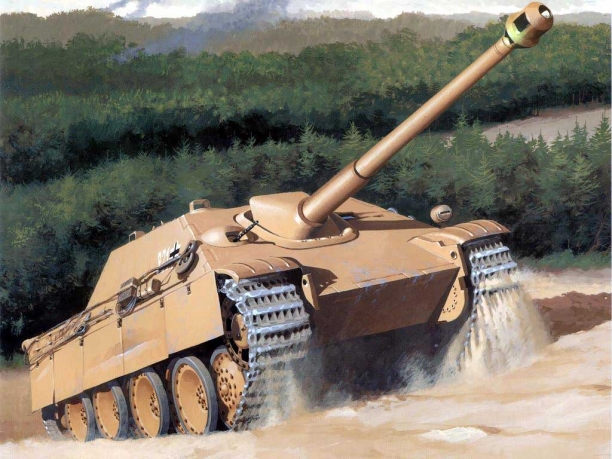 Category: Tanks
The Jagdpanther or Hunting Panther was a Nazi tank destroyer made by the Germans and used during the later stages of World War II in 1944. The Jagdpanther saw battle in both the Western and Eastern fronts. This tank was based on the Panther tank chassis, and combined with the Tiger II PaK 43 cannon (8.8 cm) it was a formidable fighting machine. The suspension and armor of the Panther tank nevertheless suffered because of Germany's sorry state in the latter part of the war. There was a shortage of parts, poorly trained crew and dwindling production.
Our Content Protected by Copyscape