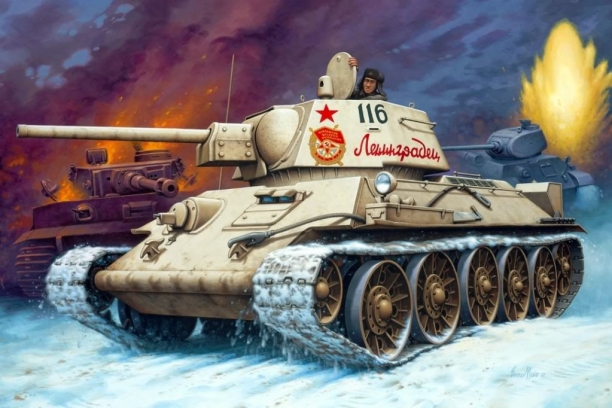 Category: Tanks
The T 34 Soviet medium tank was first used in 1940 and had a very large influence on the ways that tanks are designed. It has been talked about as one of the best tanks that was used during the Second World War. It had the best balance as an overall tank, but it wasn't designed to hold the passengers very well, didn't have radios, and performed tactics poorly. That being said, it had guns that made it a fierce adversary for the time. The three inch machine gun was by far the best tank gun at that time. The armor also made it hard to destroy by other tanks. German military officials called it one of the fiercest tanks on the field of battle.
Our Content Protected by Copyscape