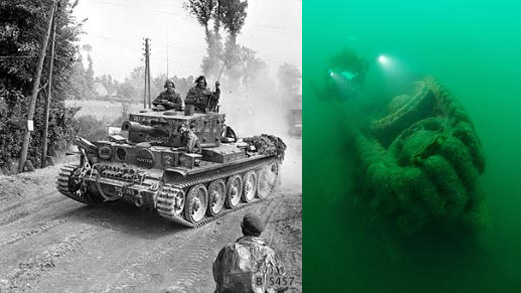 Category: Tanks
In late 2008, a couple of rusting remains of WWII tanks were found about 10 miles off the coast in West Sussex. Experts identified them as the premiere Centaur CS IV, based mainly on the artillery. This was the only known Centaur model to witness the fighting in war. It was fitted with 51 rounds of ammo (95mm howitzer). These amphibians had waterproof engine inlets and wading gear for helping them ashore and waterproof covers were fitted to their fighting machine's guns. The tanks were proudly used by the Royal Marines.

According to historians the tanks found were two of 80 tanks that were headed out on D-Day to the beaches of France. How the rusting pair sank is still unknown though. A total of 114 Centaur CS IV tanks were ever made and the current number of surviving units is only four.
Our Content Protected by Copyscape