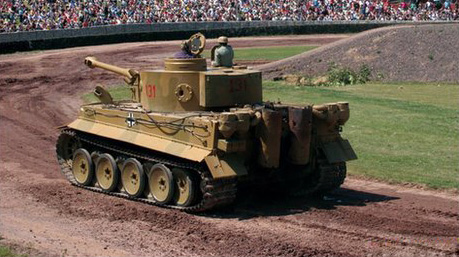 Category: Tanks
In a newly released film with Brad Pitt, a Second World War Tiger 131 tank is being used.

The tank was restored in a local museum for the actor Brad Pitt to use in the movie Fury. The tank is normally an exhibit at the museum, but is being used for this special occasion.

"The tank was cleaned up so that the people could understand what a scary piece of equipment that this tank would have been during a fight", the curator said. "Finally the whole world will be able to see a real Tiger tank in a modern movie."
Our Content Protected by Copyscape