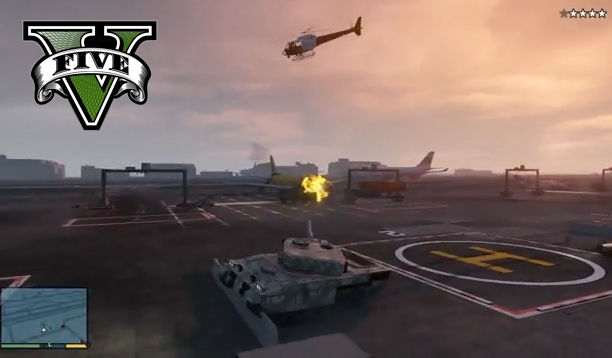 Category: Tanks
The fifth version of Grand Theft Auto was created by Rockstar Games and came out in mid-September 2013 on the Xbox 360 and Playstation 3. There hasn't been a main entry since 2008 with Grand Theft Auto IV and this is the 15th title in the series. Since this is most likely the last Grand Theft Auto game for these game consoles, it was a highly awaited game release.

And of course we love it because there's a tank! Yeah!

Are you ready to have some fun?
Our Content Protected by Copyscape