I Had No Idea Why Coins Are Left On Soldier Tombstones. Now I Want To Leave One Too. 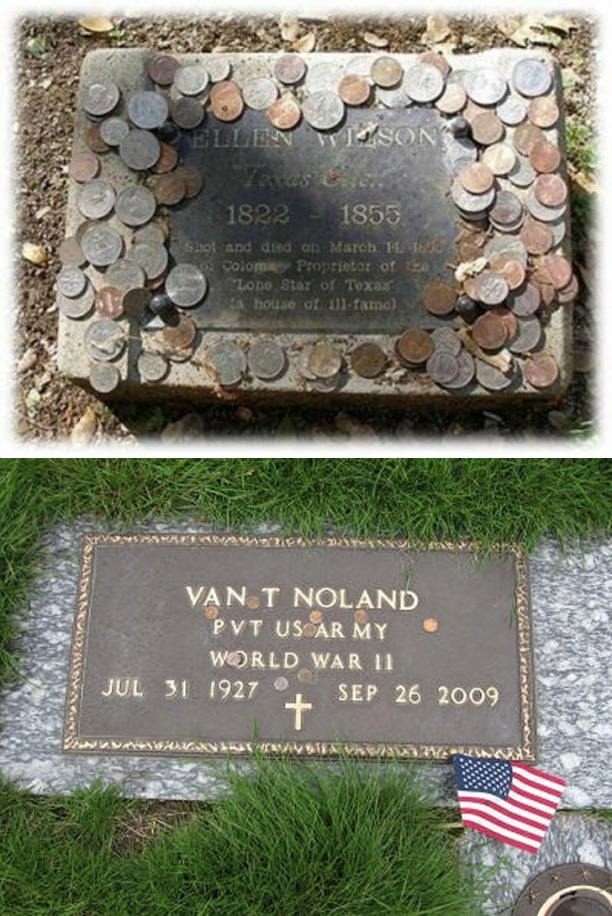 Category: Military
Have you ever noticed that at some cemeteries, on the headstone, you can find coins left on them. Did you ever wonder where they came from and WHY they were there?

If these coins were left on a soldier's grave who lost his live while in the US military then there are different meanings based upon which type of coin someone left.

By leaving a coin on a soldier's grave it is meant as a sign of respect for the family. If you just leave a penny it simply means that you have been there. It's not disrespectful, but it doesn't carry special meaning.

The money left at the graves is eventually collected and used for the general upkeep and for helping people with the costs of burying their loved ones at the cemetery.

In the United States it started to be normal for people to do this during the time of the Vietnam War since there was such a separation of viewpoints towards the war at the time. It was an easier way to show your support towards the family than contacting them. You should show your respect without risking a political confrontation with the family.

In some circumstances the coins left were a symbol of treating their friends to a beer when they finally met up again in the world beyond.

This tradition can be seen as far back as the Romans where they also did the same practice.

Have you ever left a coin?
Our Content Protected by Copyscape