Epic Fail: A Brave Submarine Plows The Streets Of Milan 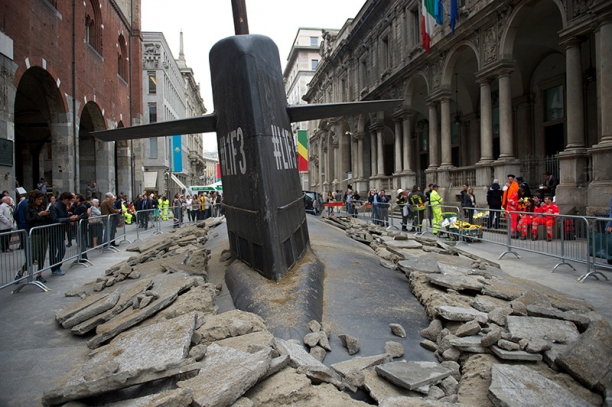 Category: Military
Have you ever seen a submarine in the city? Early hours in the morning in Milan's Italy, this was the sight right at Via dei Mercanti, close to the heart of the historical city center. A submarine has emerged from the pavement to damage cars parked near by. It looks like something out of a Sci-Fi movie, doesn' it?
Our Content Protected by Copyscape

Once a Soldier, Always a Soldier