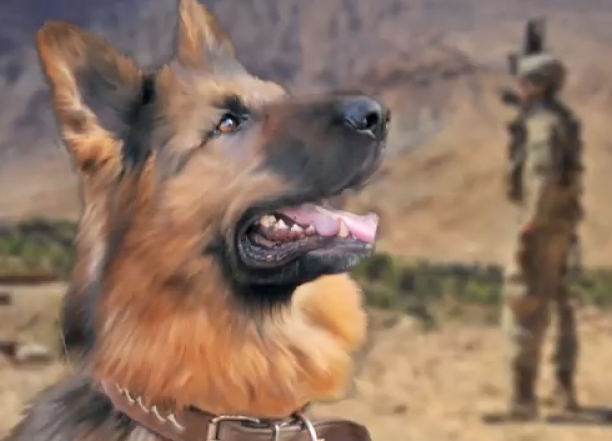 Category: Military
This is an amazing story that came out of a war. In Afghanistan 3 dogs saved the lives of 50 men. As a result, two of these dogs were brought home to live with the soldiers that they saved.

Some of our men stationed in Afghanistan made friends with some dogs that were living on the street. Later on, when a suicide bomber tried to sneak inside their camp, these dogs alerted the soldiers to their presence, thus saving their lives. It is to show that dogs don't take sides, they just behave as humans should.

These dogs are truly the best friend that these men could get!
Our Content Protected by Copyscape

Love The Flag And Do Not Forget

You Are Not Forgotten Says Rolling Thunder