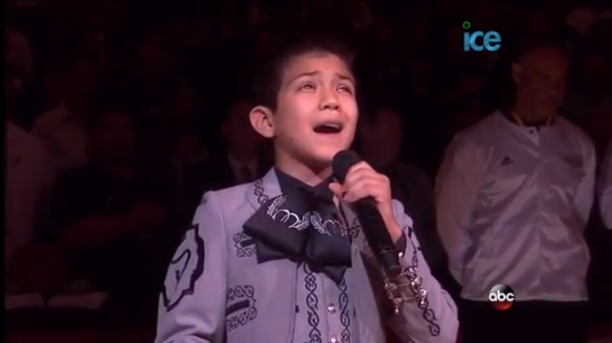 Category: Military
A little boy named Sebastian De la Cruz wearing a charro outfit was attacked discriminatingly on the social networking sites especially on Twitter. Social masses questioned him after he sang The Star Spangled Banner. The critics were upset that a Latino boy should not sing that patriotic song.

At his young age, the boy paid no attention to the negative comments and said that his parents taught him not to judge the book by its cover. He also added that his father works for the US Navy and he was born and raised in San Antonio and he is not a Mexican. He is also an avid and official fan of San Antonio Spurs.

These Twitter bashers did not succeed in bullying this child, but instead the boy was again invited to perform in the next game and had received a round of applause.

Where do you stand?
Our Content Protected by Copyscape

Patriotism and Selflessness to Preserve Our...