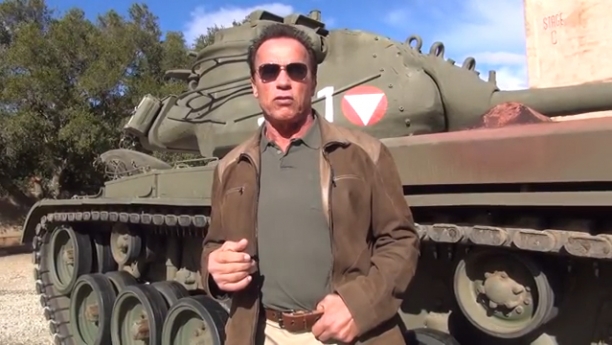 Category: Tanks
To raise money for a kid's charity, After School All-Stars, Arnold Schwarzenegger will let one lucky fan and friend ride in a tank with him - and even enjoy a cigar together if they wish and are old enough. The 66 year old actor of the film "The Escape Plan "also stated that donating gives everyone a chance to also win the ride with him.
Our Content Protected by Copyscape