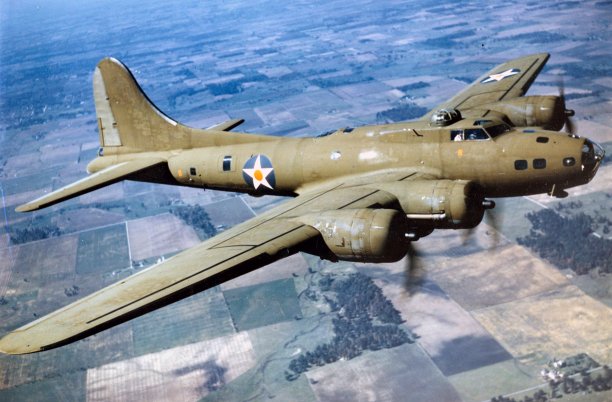 Boeing constructed the USA's first metal, heavy bomber with four engines called the B 17 Flying Fortress in 1937. It has thirteen machine guns and can hold a weight of 6,000 LBS of bombs.

The bombers flew up to one thousand raids in the daytime, they went after some of the most defended places in Europe. They actually had a lot of losses, but they were some of the most important weapons we had against the German military.
Our Content Protected by Copyscape