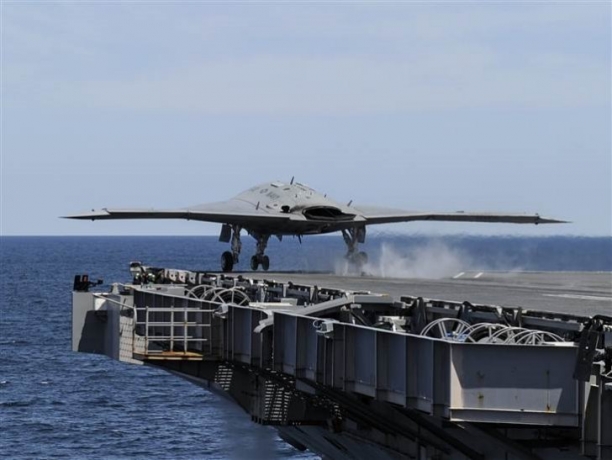 Category: Planes
For the first time a fighter jet (the X-47B) was launched from the surface of an American aircraft carrier. The carrier was a drone which has no human pilot on board. According to defense analyst James Lewis, these unmanned crafts are powerful key in the upcoming fights and wars.

According to Vice Admiral Buss aka Navy's Air Boss, the drone is a significant and important impending assimilation of unmanned systems and nuclear powered aircraft carrier that can control and defeat their enemies.

The launching of the trial flight of the drone (X-47B) on Tuesday can finally make a way for the US to release the unmanned aircraft anywhere and anytime in the whole world.

The U.S. military will no longer require military bases in other countries to launch their planes since the unmanned fighter can be the answer to their air support need.