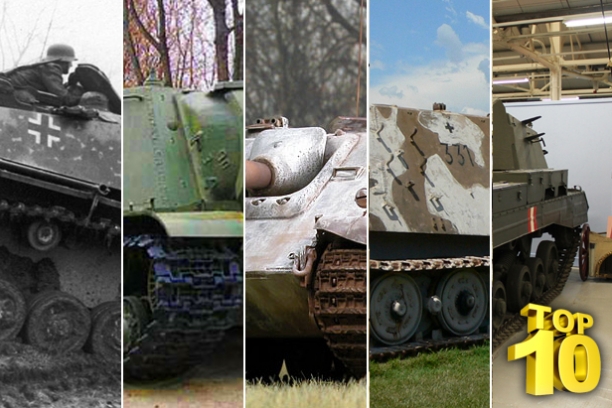 Category: Tanks
Most of the German and Russian weapons that were used to destroy tanks during the Second World War didn't have turrets, but some of the English and American weapons did. Most of the tank destroyers had the same size gun that tanks had, but at a less expensive cost. These tank destroyers did their job well against tanks, but when it came to going up against soldiers on foot they were very ineffective. Below you'll find a list of the top ten tank destroyers in the world. They have been scored based on how well their armor protects them, speed, the power of the main gun, and their experience on the field of battle.
Here Is Unbelievable Power In The Top 10 Tank Destroyers Of World War II
Our Content Protected by Copyscape