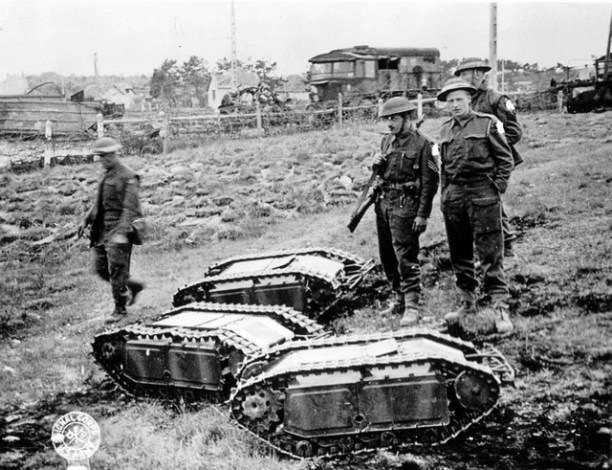 Category: Tanks
In 1942 the Germans introduced a device called the "Doodlebug" or "Goliath. It was a remote-controlled demolition carrier of a 165 pound bomb. Once it reached its target, usually tanks, dense formation with infantry, buildings and bridges. The Doodlebug was a vehicle that was wire-controlled and exploded on impact with targets. More than 4,500 were produced as well as larger versions which could carry 55 more pounds of explosives. This innovation was quite advanced for the time, but not good enough as they were quite slow and difficult to control.
Our Content Protected by Copyscape