UFO Over Los Angeles In 1942 Or A Unique Military Tactic 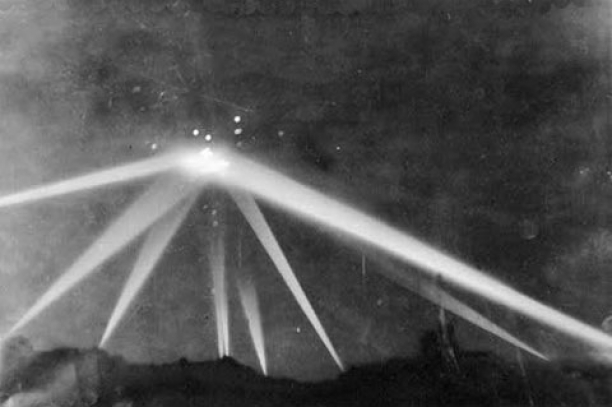 Category: Planes
In Los Angeles, California an unidentified flying objects were seen over the skies in late February, 1942. Just 3 months after the Pearl Harbor, the US military was keen on identifying the enemy aircraft. It was just a few months after the United States entered the stage of war and so the military launched into an anti-aircraft barrage using artillery.

Before this incident in LA, a Santa Barbara production facility was fired upon by a Japanese I-17 submarine. When the unknown flying object was spotted over LA, the ground & naval troops on the West Coast were on high alert. Air raid sirens were turned on and blackouts were ordered.

Anti-aircraft shells weighing 12.8 pounds were fired at the unidentified objects by the 37th Coast Artillery Brigade. There was a lot of damage to buildings and there were three fatalities as well-civilians who died of friendly fire. At first, people believed that Japan sent an aerial unit to attack the city. Later it was mostly attributed to "war nerves." The UFOs were determined to be imaginary, or possibly a weather balloon or a blimp. Since the mystery was never solved, others think that it was a psychological warfare technique which the Japanese employed using a fire balloon. There are still a few who believe that the object was extra-terrestrial in origin.

What do you think UFO or military tactic?
Our Content Protected by Copyscape