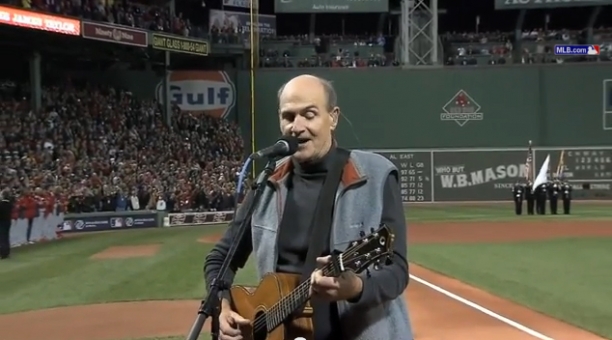 Category: Military
"The Star Spangled Banner" was awaited on by crowds at Fenway Park, Boston, as the National Anthem is always expected to be sung at American baseball games. But on this night, James Taylor opened his vocal chords and blurted out "America the Beautiful". Though he is not the first or last celebrity to err in this platform, his excuse was well taken as he was scheduled to sing there later that night during the seventh inning stretch.
Our Content Protected by Copyscape