Amazing Machines In The Top 10 Fighter Jets In The World 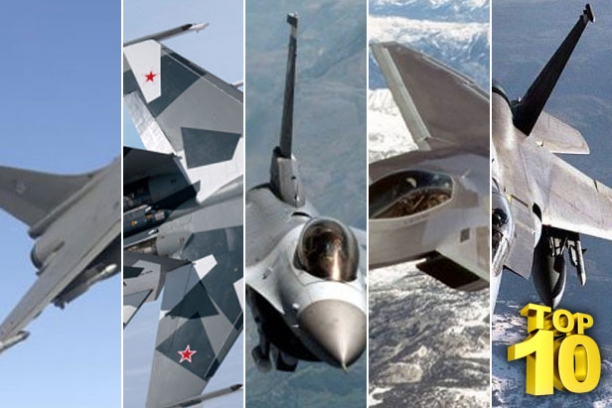 Category: Planes
The art of war has since evolved especially in the past two decades. In the 21st century the Air Force of any country has become the backbone of its defense strategy. The Air Force is now an integral element in ensuring a country's security from invasion of other sovereign states. The general agreement is that with evidence of clear air dominance no other country will dare strike a particular territory.

The past twenty years has seen numerous advancements in flight technology and in aeronautical engineering. These days, fighter jets are not just faster and more capable of advanced maneuvers. They are also better equipped and have more capability for waging war. Now, electronic warfare is the norm and communications are radar have improved by leaps and bounds. These fighter planes are also designed with better visual range and increased missile range. In addition there is greater availability of a wider range of weapons that can be carried by supersonic jet planes.

At this moment, the evolution of fighter jets is still ongoing. Scientists are currently hard at work to create jets that are not only stealthy and difficult to detect but they aspire to build better ones that are virtually impossible.

Here, we have made for you a compilation of the top ten fighter jets that are being used by armies all over the world. The list is based on the following criteria: evaluation of the jets performance in warfare and their advanced features.
Here Is Amazing Machines In The Top 10 Fighter Jets In The World
Our Content Protected by Copyscape