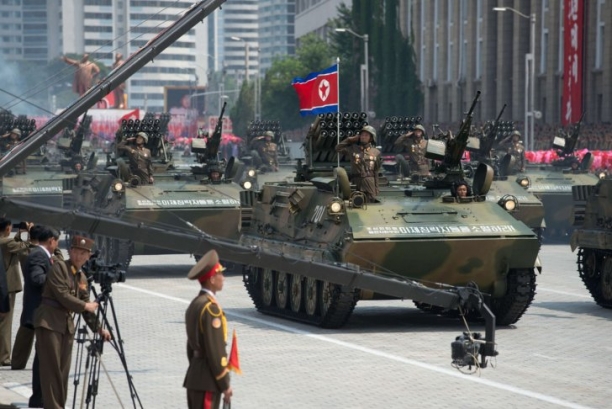 Category: Military
On Thursday, North Korean government sent a message to South Korea indicating that they will attack the neighboring country to express objection on the private command this week in Seoul. The message warned that North Korea will strike if the inhabitants of Seoul continue to insult North Korean highest dignity.

There are 28,500 American soldiers deployed in South Korea.

The militants and activists burned flag and effigies of the country's leaders during the second death anniversary of former North Korean Leader, Kim Jong Il earlier this week. These protests are common throughout the festivals and anniversaries in North Korea.

Kim Min-seok, the spokesman for South Korea's Ministry of National Defense sent a reply through wired message and in the fax message he said "we warned that if North Korea is to carry out provocation, we will firmly retaliate." He added that there have been no substantial military movements in North Korea.

The death of Jang Song Thaek this month, who was the powerful uncle and advisor of North Korea's present leader, Kim Jong Un upset North Koreans, bringing rumors on the instability of their government.

Respect the Tomb of Unknown Soldier