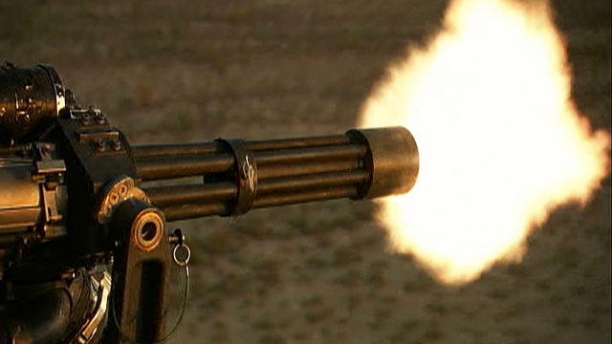 Category: Military
A 6-barreled machine gun, the M134 Minigun can fire from two thousand to six thousand rounds of ammunition every minute.On the barrel is a Gatling gun style rotating device that is powered by external means, but in general an electric motor. It's called "Mini" because of the other designs that came out inkling the M62 Vulcan that had a caliber of twenty mm or higher.

When we say "Minigun" it is in a reference to a gun that GE created originally, but the term "minigun" normally means a Gatling gun style of rifle with an external power source. Of course this term is still used when talking about other types of weapons even if they don't have a power source or a specific caliber.
Our Content Protected by Copyscape

Once a Soldier, Always a Soldier