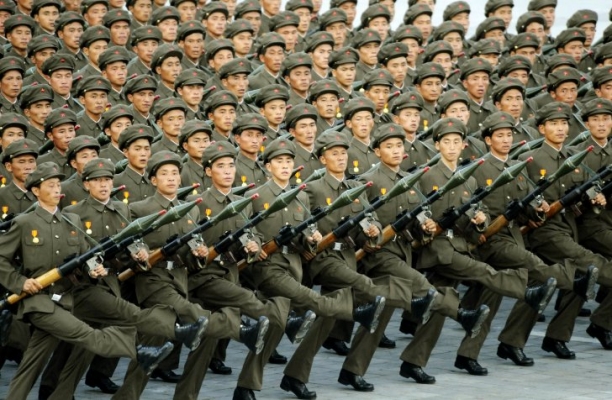 Category: Military
The military force of North Korea is prepared to launch operation and aggression against United States and South Korea after weeks of alleged hostility and provocation.

North Korea has repeatedly challenged and intimidated their Southern neighbor and United States, however has yet to attack either of the parties.

Tragic consequences may occur warned the North's military spokesman after learning that a group of battle ships including aircraft carrier was deployed to South Korean port. The spokesman also confirmed that all service ready units of the KPA are on an emergency order from its commanding officers and should be ready to attack at any time. Finally, he added that if North Korea is going to attack, US is going to be held accountable.

Meanwhile there was no sign of military action in the North said the South Korea's Minister of Defense Kim Kwan-jin on Tuesday.

What are your thoughts?
Our Content Protected by Copyscape

Patriotism and Selflessness to Preserve Our...