Stenographer Goes Nuts In The Senate 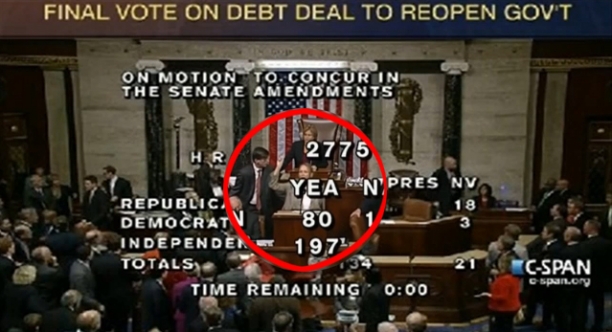 Category: Military
Presiding Officer during the voting process of the House of Representatives, Ileana Ros-Lehtinen, stated the stenographer, Dianna Reidy, went up to the podium area beneath where she was standing and asked her if the microphones were on. Mrs. Ros-Lehtinen replied that she didn't know and thought that maybe her chatter with the nearby parliament members was too loud and Mrs. Reidy was coming to alarm her of that fact. Suddenly though, Mrs. Reidy turned around facing the room and indicated in her speech that this is God's work. Even as security officer led out of the room, she rambled on. This came as a shock during a very critical vote on budget of the U.S. The stenographer seemed to be in a confused state as while ranting about the Constitution, Free Masons and God.
Our Content Protected by Copyscape