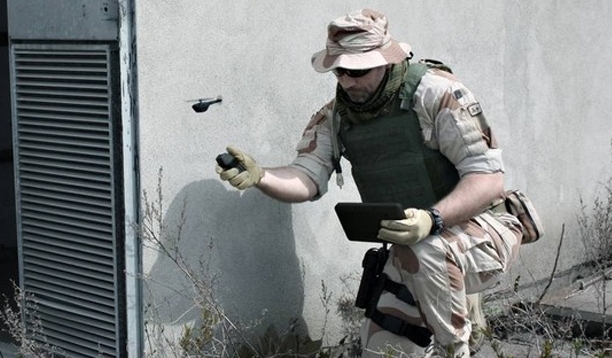 Category: Military
This is a small military vehicle called the Black Hornet Nano, and it is a small helicopter lookalike that functions without anyone actually inside it. It is currently being used by the English military.

Being a small Unmanned Aerial Vehicle (UAV), it gives ground troops the advantage of knowing what other obstacles are located in their vicinity. It's actually so small that you can hold it in your hand, and it weighs just over .5 ounces. The camera inside can let the user see full video from their safe vantage point.

British forces are currently using them in Afghanistan to go into the enemy's area and take reconnaissance images and then return back to the soldier.

It was created specifically to be able to stay in an area and not be noticed in Afghanistan. This can give troops the advantage of knowing if there are any hidden problems that they will need to deal with, thus saving their lives. The videos and pictures are sent back to the operator on a little screen that they can hold in their hand.

How futuristic is that?
Our Content Protected by Copyscape

Thank you US Military - Welcome to the Family