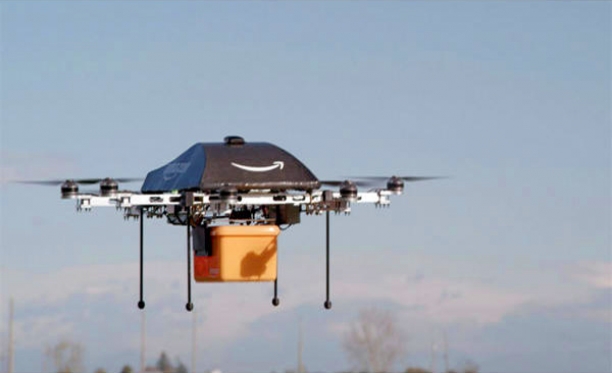 Category: Military
Now that's entertainment, Amazon.com I will be testing delivery drones. The company called Prime Air is attempting to deliver packages as fast as possible through the use of small, unmanned aircraft. The new delivery system's goal is to have packages in customer's hands well under 30 minutes. Amazon's CEO's thought process is that if Prime Air can be put into commercial use it, though it could take "some number of years" to develop the technology and get (FAA) Federal Aviation Administration to create rules and regulations needed for the concept.

Jeff Bezos, CEO of Amazon, proudly shared these grand ideas on the CBS TV show, 60 Minutes on Sunday. He then played a video demonstration showing how the aircraft drones, referred to as, "Octocopters" pick up small sized packages. They sit in yellow buckets in Amazon's fulfillment centers and fly through the air to deliver it to online customers.
Our Content Protected by Copyscape

The Eve Before The Funeral