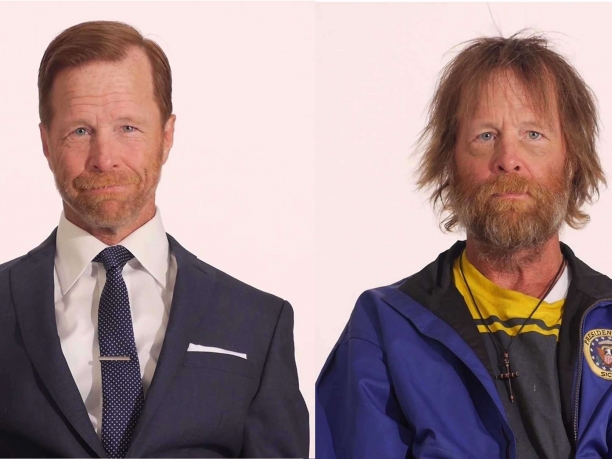 Category: Military
This video shot over time shows the transformation of a United States veteran.

Jim fights with with not having a home and his drinking problem, but thankfully the ministries have taken him in and given him a second chance.

Jim's change is absolutely amazing, and as shown on the recording, the physical difference has also made him change his life for the better. He's now going to AA meetings for the first time ever. No wonder his last name is Wolf :).
Our Content Protected by Copyscape