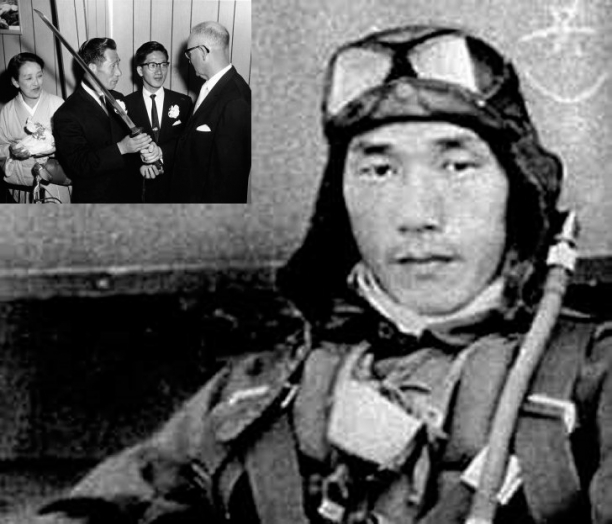 Category: Military
Nobuo Fujita has a place in history for being the only Japanese Navy Pilot to have successfully conducted an aircraft-dropped bombing with incendiaries over continental US soil during the Second World War.

Fujita was assigned the mission to start forest fires in Pacific Northwest. He was supposed to start the fires at Brookings in Oregon. Although flames were lit from his airborne attack, the damage to property was minor.

This is where the story gets interesting. A resident of Brookings, Oregon invited Nobuo Fujita to America. The invitation was accepted by the Japanese Navy pilot after he and his country were assured that he won't be tried as a war criminal once he stepped on US soil. When Fujita arrived at Brookings, he brought with him a 400-year old samurai sword.
The sword had been with his family for generations. It was the sword that Fujita intended to use to commit hara-kiri if Brookings would be hostile to him. He felt very shameful of his actions at the time of the war, but the residents of Brookings welcomed him warmly. He was treated with affection and respect. Fujita eventually presented the sword to the town as a token of friendship.

Although his initial visit elicited controversy, Fujita went back to Brookings a few more times. He was made an honorary citizen before he died at the ripe age of 85.
What is this about? Forgiving but never forgetting?

Thank you US Military - Welcome to the Family

This what is in store for us when the US...