Warships From Iran Sailing Towards The American Coast 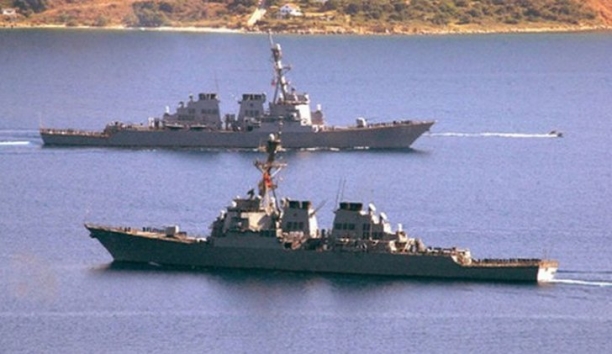 Category: Military
As a response to US ships being in the Gulf, an Iranian Navy officer said that warships are heading toward US water borders, said a Fars news reporting agency.

An Iranian admiral is quoted saying that the ships are moving towards the borders as a message to the Americans.

Apparently these ships have gone towards the Atlantic by going new South Africa.

The United States has increased the amount of Navy vessels they have in the Persian Gulf, so this is a response by Iran. However, there was not a definite report that Iranian ships were actually getting closer to the borders.

The United States defense department put out an anonymous statement saying that they doubted that Iranian vessels were actually approaching.

America and it's allies regularly do different navy exercises in the Gulf as a way to make sure that the area is free for oil to pass through.

Iran sees the Gulf as being part of their boundaries and wants to increase their influence over the area.

There have been threats by high up people in Iran saying that if there was any attack that they could block the Strait of Hormuz, thus blocking the oil distribution. Also, if the US was to press too hard into stopping Iran from producing Nuclear weapons then Iran has leverage in stopping the shipment of oil through the strait.
Our Content Protected by Copyscape