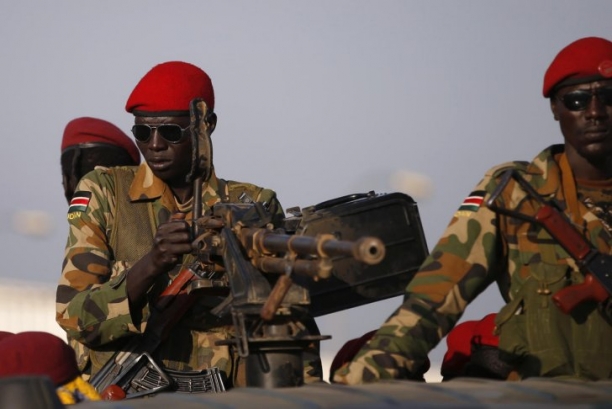 Category: Military
The oil-rich country and world's youngest state of South Sudan was on the edge of civil war and nasty rebellions arose across the nation. On Friday African diplomats and U. S President Barack Obama called for reconciliation among the government and the people.

Obama said that "South Sudan's uprising may cause the country to fall into the dim eras of the past. The nation is at its perilous time.

The freedom and independence the people of South Sudan enjoying since July 2011 is at stake as the civil war rages warned Obama.

The ruthless civil war between the years 1983-2005 tolled to over two million casualties which concluded in a peace negotiation that paved the way for the poor South Sudan to have its independence two years ago.

President Barack Obama ordered the U.S. Defense to deploy 45 military personnel to protect the U.S. Embassy and the government staff in troubled and distressed nation of South Sudan.

Obama said in a letter to Congress that "Although equipped for combat, this force was deployed for the purpose of protecting U.S. citizens and its property. This force will remain in South Sudan until the security situation becomes such that it is no longer needed."