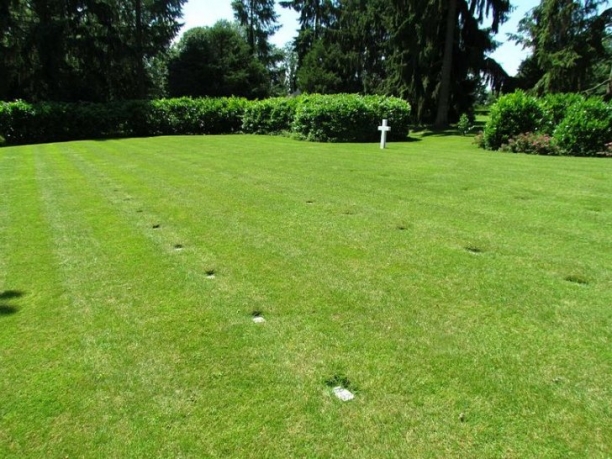 Category: Military
The Oise-Aisne is an American military cemetery that is located in the northern part of France. There are over six thousand American men who lost their lives while serving in this area during the first World War, almost six hundred that are unknown, and also a memorial for the over 240 Americans who were never found.

There is another area of the cemetery that not everyone knows about. This is named as "Plot E". The men placed here were executed for crimes against their country that they committed during the war.

It's not easy to get there, and visitation is not suggested. This area is only accessible through a special door.

The 'graves' are just nameless stones put on the ground, with only a number to tell who it is. The initial intent was that you wouldn't be able to find out who was buried there, but later on the government released the names.

A cemetery work described the area as a shameful house and an anti memorial.