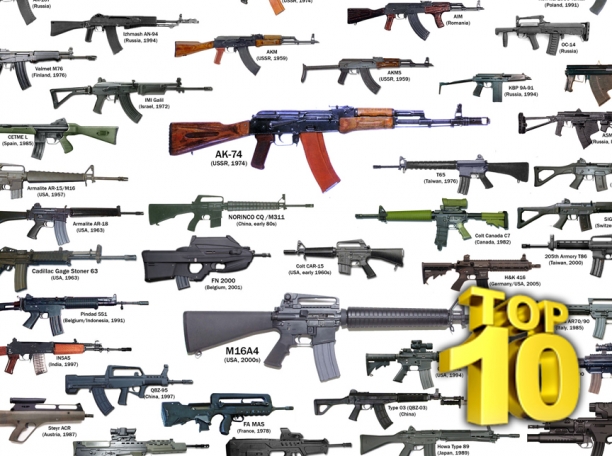 Category: Military
Just like any other type of technology, military weapons like rifles are also bound to change over time. Throughout history the weapons industry has always been at the head of producing weapons that can create the most amount of damage against an enemy. Rifles originally came out of the industrial revolution and have been used as a way to inflict harm upon one's adversaries, and they were especially effective during WWI and WWII. Nowadays it's not only soldiers who are using rifles, but private citizens also have them as well as a way of protecting one's individual rights. The US, Yemen and Finland leading the way in the percentage of armed citizens. The following articles will show you the best assault rifles that have been produced throughout history based upon how effective they were at the times they were manufactured. They are rated based on their ability to do the most damage against an opponent during the time that they were used.
Here Is Must See List Of The Top 10 Best Assault Rifles Of All Time
Our Content Protected by Copyscape