The Boy Who Lost His Father... Heart Breaking For Sure 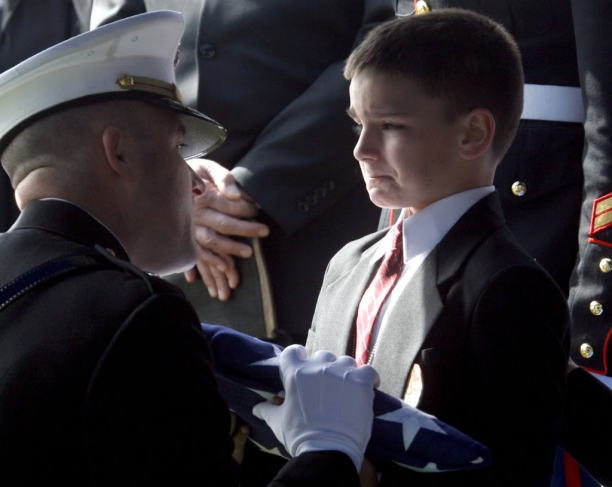 Category: Military
Heather and her young son grasp tightly to their memories of a marine.

At the end of March, just a few weeks before he was to come back home from his 2nd service in the Middle East which he was a volunteer for, he was shot and killed while on duty. His name was Marc Golczynski. While the funeral was going on his child came up to take the American flag. The look on this young boy's face is something that has become a symbol for soldiers and their families.

When a news agency asked him about his father he said, "He was a real hero. He served our country." This soldier's devotion to America left his son without a dad. Even after all that pain his son still wants to be in the military.
Our Content Protected by Copyscape