Drone Attack Against An American Citizen Could Be Possible 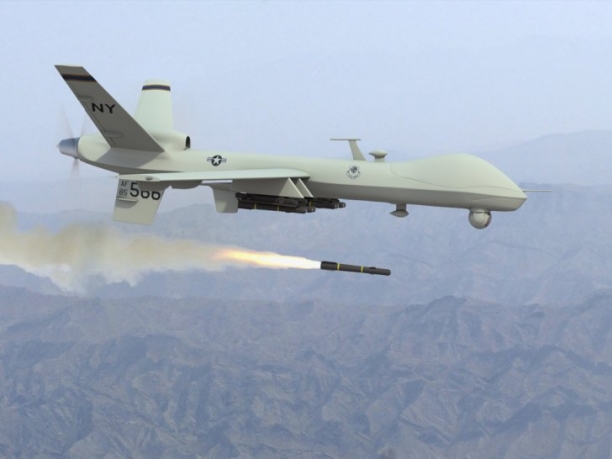 Category: Military
A US citizen made the huge blunder of actually becoming a part of al-Qaida. Officials in the US government say that he is part of attack plans targeting American citizens abroad, and therefore he must be taken out. President Obama is going back and forth on whether to simply take him out with drones or not and how to do it in a legal way.

Currently the government cannot kill him because he is still a citizen of the United States, but they are currently trying to do it in a legal way.

The American traitor is currently located in a country where the United States is not allowed to act militarily. It is Obama's policy that American terrorists that are located overseas can only be taken out by military maneuvers, and not by the intelligence agencies.

The citizen is believed to be responsible for the deaths of American citizens abroad and he supposedly keeps on planning attacks and engaging in activities that put American lives in danger.

The CIA has said that they think he should be killed, but the American terrorist is in a place where it will be difficult to reach him and kill him. If troops are sent in to take him then they will be risking their lives. It could also cause more problems then by simply taking him out with missiles.

Currently it is not publicly known in which country the terrorist is hiding away.
Our Content Protected by Copyscape