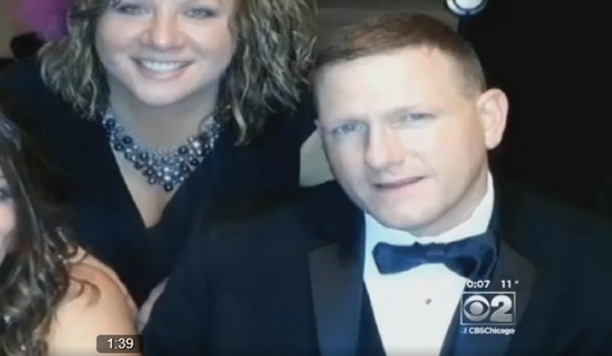 Category: Military
On late Saturday night the newlywed couple William Riley and her wife Nikki was driving on their way to hotel for honeymoon when they stopped and helped a woman whose car had slid off in the snow according to County (Ind.) Sheriff's Office.

According to Nikki, her husband is very caring and he is willing to help anyone who is in need.

Nikki stayed in the car and only William got off and helped the 42 year old woman named Linda Darlington told the police. While helping the woman, another car struck William and Linda and two other cars following were also hit. The pair and they were both killed instantly.

Nikki the wife of William, a registered nurse heard loud bump and went out to help but was too late according to Sun-Times.

William Knight and Linda Darlington were pronounced dead on the scene and both died of blunt force trauma told the Lake County Coroner office.

The drivers of the cars involved in the mishap stayed in the scene but no charges had been filed.

William Knight is a retired U.S. Army Ranger and he left two daughters, a stepdaughter and a stepson. Nikki, the bride is still in state of shock. It was a nightmare she said.