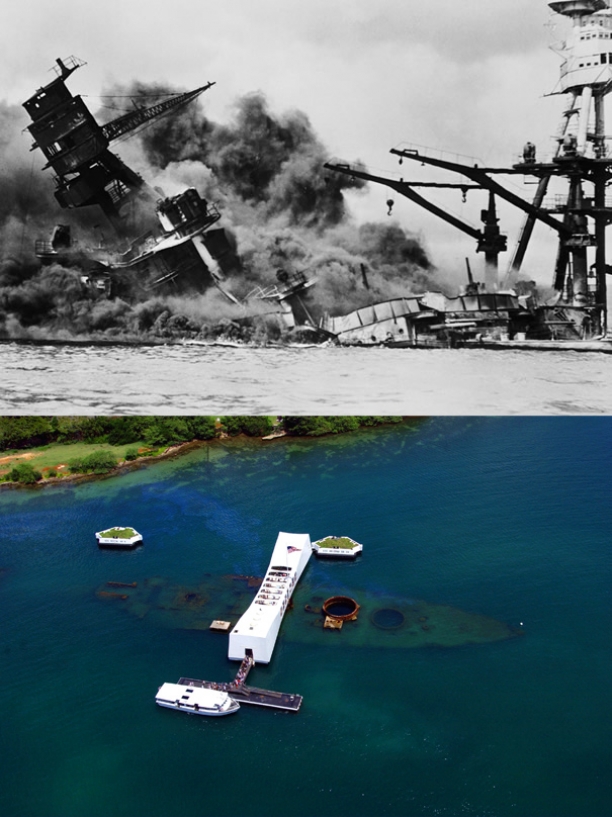 Category: Military
The USS Arizona that sank and still lies on the ocean floor of Pearl Harbor in Hawaii, now called the Arizona Memorial is still leaking oil. Pictures taken and investigation by the History Channel indicate that the ship memorial, "Continues to spill up to 9 quarts of oil into the harbor each day." It sounds impossible as the ship was attacked on 7 December, 1941 by the Japanese.

Visitors are able to actually walk on a memorial built over the sunken ship and see with their own eyes the actual ship and leaking oil. It's been said that," When the last drop of oil comes up from this mighty ship, that the last of the WWII veterans will have passed."

Bless all who have given lives in this war and are still standing watch, God Bless the USA.
Our Content Protected by Copyscape